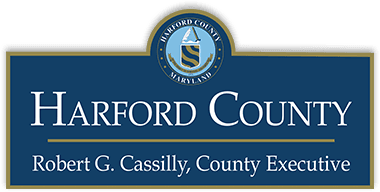 Q - Did you ever try drugs?
A - Many parents are intimidated by this question because they do not want their use or experimentation to make it okay for their child to use. It is important to be honest but find a way to get across the important information you want them to know. If you never experimented with drugs you can be honest about that and your reasons why, it may help them solidify the reasons they don’t want to try them. If you experimented with drugs and alcohol but didn’t like it, explain the effects of substances and how they can make us feel good for a short period of time but can also make us sick. If you used drugs or alcohol as a young person, explain that more research has been done to see how drugs use can have serious effects on a developing brain. You can also talk about how using drugs and alcohol can decrease inhibitions and led you to risky behavior. Explain that you want them to be safe and never in situations where they are vulnerable or put in danger.

Q - What is a hangover?
A - When explaining a hangover to a young child; relate it to something they may already understand. “Mommy had too much of her wine last night and doesn’t feel good, just like when you eat too much candy or cake and get a tummy ache.” For an older child or teen, you can talk more about how alcohol can affects the body. Alcohol causes the body to get rid of fluids and can make you dehydrated creating headaches, thirst, and nausea.

Q - What does a drug dealer look like?
A - A child may ask this question after hearing the term in a conversation, TV show, or movie. You can use this opportunity to talk to your child about the dangers of drugs but more importantly peer pressure. The person who offers drugs to your child the first time will most likely not be a drug dealer but a close friend or acquaintance. Help your child build their refusal skills and make a plan to say no.

Q - Is pot legal? Is it safe?
A - This is a question that many teens have because of continually changing laws surrounding marijuana. Marijuana is illegal under the federal law but some states have legalized the use of medical marijuana and a few have legalized recreational use. In states where it is legal recreationally, you must be 21 years old to purchase, possess, or use marijuana and it is illegal to sell to minors. Maryland has legalized the use of medical marijuana but is it still illegal recreationally. Many teens hear the term “decriminalized” and think that marijuana is legal. Explain that decriminalized means that (under 10g) an individual 21 years or older in possession of marijuana will receive a citation and fines, with multiple fines leading to court, treatment, and possible jail time. If an individual has over 10g of marijuana they can go to jail. If an individual is selling or there is evidence of their intent to sell they can go to jail. Just like alcohol, marijuana is illegal for your teen to use or possess. They can be charged and have possession of marijuana on their juvenile record. Some teens think that marijuana is safe because of its medical uses and legalization in some states. When you talk to your teen, make the comparison to alcohol and how it is legal but dangerous. It can cause car accidents, dangerous behavior, and harm the body. Marijuana can also impair someone’s ability to drive and reduce inhibitions that would lead to unsafe behaviors. A person’s brain has not finished developing until their mid-twenties. Studies have shown that marijuana use in teens can lead to difficulties with attention, concentration, and learning. Aside from the effects on learning, smoking marijuana is unsafe and can lead to damage to the lungs and a risk of addiction.

Q - Why is alcohol bad for me but okay for you?
A - Many teens ask this question because they feel that it may be hypocritical for parents to drink alcohol or smoke cigarettes while telling their children not to. Above all, it is illegal for anyone under 21 to drink alcohol. Your child knows that it is illegal and is looking for a more in depth reason why it’s not okay. Explain to them why it is illegal for them to drink until 21. The legal drinking age used to be 18 but it was changed when research discovered that the human brain isn’t fully developed until the age of 25. Alcohol can have adverse effects on brain development and someone who is young and has not fully developed their ability to judge what is right and wrong or consequences may be adversely impacted by alcohol use. Encourage your teen to share with you why drinking alcohol is so important to them and what they think the benefits are.

Q - Isn’t vaping safer than smoking cigarettes?
A - Vaping or juuling is the inhaling of an aerosol that is produced using a vape device or juul. According to Partnership for Drug-free Kids, one in three seniors tried a vape device in the last year. Companies advertise that their products are safer than smoking, help users avoid negative side effects like the bad smell and yellow teeth, and use cool designs with thousands of fun flavors to appeal to teens. Teens have easy access to these devices online and through their peers. Some devices can be used for dabbing (marijuana extract). Vaping devices may be beneficial for adults who are trying to quit smoking; however, studies have shown that teens who vape are more likely than their peers to try cigarettes and other drugs in the future. Vaping is not safe for teens because their brains are still developing. Early exposure to nicotine can lead to issues with concentration and impulse control and can even mimic the symptoms of Attention-deficit/hyperactivity disorder. Vape use can create dependence and, although not as severe as cigarettes, teens can experience withdrawal effects. Talk to your kids about the history of cigarettes. Cigarettes have been sold commercially for over 150 years and we are still learning about their harmful effects. Explain that vapes and juuls produce fine particles, metals, toxins and contain nicotine that are inhaled through the lungs but they have not been around long enough to truly know all of the dangers that they pose to our bodies.

Download a printable version of the information on this page here.